Welcome to Feldspar—a rock-solid place to call home. When Melody Stone gets an invitation to her 15-year high school reunion, she's too busy with her job and almost-fiancé to make the trip back to her hometown, but a series of Unexpected Changes leads her back to Feldspar. Belynda Akers is a jewelry designer who's working as an accountant to pay the bills. When the opportunity of a lifetime falls into her lap. Taking a chance on herself was scary enough but taking a chance on love—maybe she wasn't ready for that despite Dante's efforts to convince her otherwise.

Unexpected Changes is the first book in the Feldspar small-town romance series.


There's a lighthouse in the desert off the Devil's Highway. A lighthouse that lights up like a beacon every 23 years if the few stories about it could be believed.

A young film crew set out to film the lighting and solve the mystery. The footage of their investigation became known as Lighthouse Terror.

Announcing: To Be Determined (Duquesne Brothers Book 4) by Jo Carey

As the oldest of four billionaire brothers, Duke was expected to be the first to wed, but fate had other ideas. He found his perfect woman, but she was already married. He's been patient, but two years after her husband's tragic death, it's time to let her know that he's in love with her.

Jacinta Pickering is a wealthy, powerful woman who enjoys playing matchmaker for her friends. She agreed to find matches for the Duquesne Brothers, but fame and fortune come with their own complications.

Whether Duke and Jacinta can turn up the heat on their relationship to go from friends to lovers is yet to be determined.

To Be Determined is the fourth and final book in the Duquesne Brothers Series.

Braden Duquesne has made his career playing heroes in Hollywood action films. He loves his job.

Solange Leblanc is a pastry chef with an impressive military resume.

When the Hollywood action star is mistaken for his twin brother—the senator, and kidnapped, his family sends the pastry chef to the rescue.

Piece of Cake is the third book in the Duquesne Brothers series.

Engineer Dante Tanzan spent his days napping and waiting for a message from the Morta Colony Ship Lanker and his wife, Stersa. Then one day, an alien ship crashed near his house.

Now, Dante is in a race to find out who killed his people, why the Lanker disappeared, and what happened to his wife while the fate of two universes hangs in the balance.

Dante: Orta Origins is another story spanning the Parthenon and League universes.

Announcing: The First Two Books in the Duquesne Brothers Saga

Strings Attached: Politically ambitious lawyer Caden Duquesne is given an amazing career opportunity. It really is an offer he can't refuse, but there are some serious strings attached.

Ivy Sorenson loves her life in the north woods serving as mayor of the small town she grew up in and leading rescue efforts with the Border Lakes Search and Rescue Team. She's happy running the family log lot with her brother, but she wants someone special in her life.

When Ivy meets handsome billionaire Caden the sparks fly, but will those sparks burn the strings that tie them together?

Strings Attached is the second book in the Duquesne Brothers series.

A Little Bit of Everything: Tate, the youngest of the Duquesne brothers, is a tech genius and, like his three brothers, he's model gorgeous. He's the introvert. The geek who's happier in front of his computer than in front of a crowd.

Mari is an edgy, computer hacker with a heart of gold.

The two met under unusual circumstance, but it's when they return to their normal lives that they realize they aren't sure what they want from their future. They discover they need a little bit of everything and a lot of each other to be happy.

A Little Bit of Everything is the first book in the Duquesne Brothers series.

Alien is the ninth and final story in this series that is equal parts adventure, romance, and science fiction. 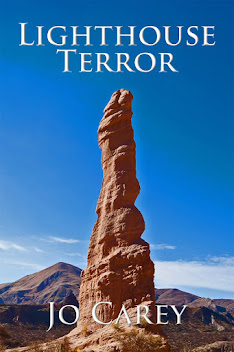 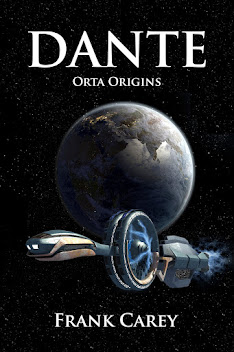